Gandhi Jayanti is celebrated all over India on October 2 and this day is also celebrated as Non-Violence Day all over the world. On this occasion, many programs are organized in schools, colleges, government offices etc. to express respect and pay homage to the Father of the Nation.

Through these programs, essay writing competitions are also organized to show the importance of Mahatma Gandhi to the younger generation today.

Therefore, today we are providing you with some essays in different word limits, highlighting the life of the Father of the Nation and Bapu Ji, which you can use as per your need-

Mahatma Gandhi is mostly known as ” Father of the Nation and Bapu ” for his incredible contribution. He was a great man who believed in non-violence and social unity. He had raised the voice for the social development of rural areas in India, he inspired Indians to use indigenous goods and in many ways, he also raised his voice against the British on social issues. They wanted to destroy the tradition of untouchability and discrimination from Indian culture. Later he joined the Indian independence campaign and started fighting.

In Indian history, he was a great man who transformed the dream of freedom of Indians into reality. Even today, people remember him for his great and incredible work. Even today people are given the example of their life. He was not true and non-violent from birth but he made himself non-violent.

King Harishchandra’s life had a great impact on him. After school, he completed his law studies in England and started a lawyer career. He faced a lot of problems in his life but he never gave up, he always kept moving forward.

He started a number of campaigns such as the Non-Cooperation Movement in 1920, the Urban Disobedience Movement in 1930, and finally, the Quit India Movement in 1942 and all these movements proved to be effective in liberating India. Eventually, India got independence from the British Raj due to their struggles.

Mahatma Gandhi’s life was very simple, he did not believe in apartheid and caste discrimination. He also made a lot of efforts to destroy the tradition of untouchables from Indian society and due to this he also gave the name of “Harijan” to the untouchables which mean “People of God”.

Mahatma Gandhi was a great social reformer and freedom fighter and the aim of his life was to liberate India. He also inspired a lot of Indians and he believed that a human being should live a simple life and be self-supporting.

Gandhiji was against foreign goods, so he used to give prominence to indigenous things in India. Not only this but he himself used to spin the spinning wheel. They wanted to expand farming and indigenous goods in India. He was a spiritual man and he promoted spirituality in Indian politics.

Mahatma Gandhi’s non-violent struggle for the country can never be forgotten. He spent his entire life in bringing freedom to the country. And on serving the country, this Mahatma died on 30 January 1948 and was cremated in the presence of millions of supporters at Rajghat, Delhi. Today, 30 January is celebrated in India as Martyr’s Day in his memory.

Mahatma Gandhi was a great warfighter who was given the title of Father of the Nation and Mahatma due to his great works. The significant contribution made by him in the freedom struggle can never be forgotten.

Today, on the strength of his untiring efforts, sacrifice, sacrifice and dedication, all of us are breathing peace in independent India.

He was such a priest of truth and non-violence, who forced the British to leave India while walking on the path of peace, he is an inspiration to everyone. Every person of the country is influenced by Mahatma Gandhi’s great ideas.

Mahatma Gandhi, considered the main architect of the freedom struggle, was born in an ordinary family on 2 October 1869 in Porbandar, Gujarat. Gandhi’s full name was Mohandas Karamchand Gandhi.

His father, Karam Chand Gandhi, was the ‘Diwan’ of Rajkot during the British rule. His mother’s name was Putlibai, a dutiful woman with religious views, whose views had a profound impact on Gandhiji.

At the same time, when he was 13 years old, he was married to Kasturba under the practice of child marriage, whom people used to fondly call him “Baa”.

Gandhiji was a very disciplined and obedient child since childhood. He completed his early education in Gujarat and then went to England to study law, from where he returned to India to start work in India, however, he did not last long in advocacy.

It was during the course of his advocacy that Gandhiji had to suffer apartheid in South Africa. According to an incident with Gandhiji, once he sat in the first-class compartment of the train, he was pushed out of the train compartment.

Along with this, he was also barred from visiting many big hotels in South Africa. After which Gandhiji fought fiercely against apartheid.

He entered politics with the aim of eradicating discrimination against Indians and then gave a new dimension to the politics of the country with his prudence and proper political skills and also played an important role as a freedom fighter.

Mahatma Gandhi as a great ideological and idealist

Mahatma Gandhi was a very ideological and idealistic leader. He was a simple life, high minded person, due to his nature, people used to call him “Mahatma”.

These people were staunch supporters of Gandhiji. The great personality of Gandhiji had influence not only in the country but also abroad.

Truth and non-violence were his two powerful weapons, and it was on these weapons that he forced the British to leave India.

He was a great freedom fighter and politician as well as a social worker who also made commendable efforts to remove casteism, untouchability, gender discrimination etc. in India.

Gandhi, who was engaged in the service of the nation throughout his life, was assassinated by Nathuram Godse on January 30, 1948, shortly after the independence of the country.

He was a great figure and man of the age, who never gave up on the truth even in the toughest of circumstances and kept steadfastly determined to pursue his goal. Everyone needs to learn from their life. 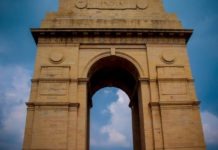 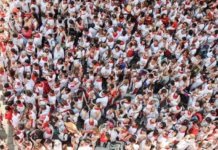 Essay on My School in English

Essay on Women Empowerment in English

Essay on Pollution in English