Points to note while writing an Appointment letter: Now that you have already cracked the interview and got your dream job, it is quite obvious that you would be looking forward to receiving your appointment letter, isn’t it? Well, briefing about the appointment letter that you are yet to get, let’s have a quick lookup at the letter format!

The appointment letter is ideally the first piece of document that is handed to a candidate who had already gone through the interview and have successfully cracked it as well. It is nothing other than just a confirmation that the concerned person is selected for the position.

In a nutshell, it is an intimation letter that you receive from your employer for your designation. You can expect it when you have already been selected for a job, as well as, when you have just joined an organisation during your internship.

Basic components of your Appointment letter

The Appointment letter would usually comprise of your name (the one who is being employed for the corresponding job). It also states the name of the designation for which he/she is hired for!

Make sure that you match it with the post that you have been informed earlier verbally! In an organisation, it is always ‘the best’ to have all the information declared formally in a documented manner. Also, it is expected to hold your company name along with your date of employment or DOJ, Date of Joining mentioned right therein!

To be more specific, an appointment letter must have the name mentioned, along with your date of commencement. Make sure that your name is spelt correctly. Also, it should have your date of joining, job location, your designation stated clearly along with your key responsibility areas declared in a brief way.

Last but not the least, it should also have the CTC or your package mentioned appropriately, alongside your working hours, amendment and enforcement, your conditions and clauses for termination as well as your leave policies. In short, all your job related information is going to be stated in the appointment letter itself.

Note: Always read through all the terms and conditions, as well as the clauses of your appointment letter before you get into an organisation for that’s the only place where you are going to find everything mentioned in detail. Also, if you ever have to face a trouble during the tenure of your job, it’s the ‘appointment letter’ that is going to stand for You!

As a company recruits fresh candidates, they usually lend out appointment letters to all of them and it’s through this that the job seekers will be able to learn about their confirmation in the organization.

Let’s say, you are the job seeker and you have applied for a post by writing an application letter that reveals your interest for the job. Now, the employer is supposed to draft emails to keep you notified about the interview date either via post or by email, the latter being common these days! In case, you are selected for the designation, you shall expect the company to extend appointment letter to you stating your confirmation for the same.

Well, there are a few variations to the appointment letter. However, the basic format of all is just the same. The only thing that varies is the designation and a few terms and conditions which will depend on your tenure of the job, whether you are kept on contract, or in case you are doing an internship with the organization and are still not assigned as a permanent employee.

Sometimes the companies also offer internships to the freshers or students who are already seeking their graduation to give them the knowledge of the work atmosphere in the organizations.

The letter to appoint an employee for a particular designation or job is called a job appointment letter. Below is the sample letter for a software professional job.

An appointment letter format for the position of Accountant should consist of the date of joining, job location, salary and benefits, working hours specifically on it. A sample letter is provided below for reference.

Offer letter and Appointment letter – Difference between the two!

When a company hires candidates for its new openings, the two basic and the most common letters that it extends include ‘the offer letter,’ and ‘the appointment letter.’ However, we see quite a lot of people thinking both of them as the same! That’s not the case though! Here is a clear briefing to state the difference between both these documents:

The offer letter is usually the document that ensures or confirms a candidate for the job post in the company. It states only the job designation that the person is hired for, alongside the salary that he or she will get!

Of course, it includes the other relevant information such as the joining date of the candidate as well as the job location. Nonetheless, it also comprises of the perks and benefits mentioned which will help you understand the advantages that you will be subjected to, after you have joined the company.

However, an offer letter generally comes with a term of action. It urges you for the documentation purpose which means that your acceptance of the offer letter will ask you to revert back to the HR recruiter or the recruiting team of the organization with your identity proof, marksheets validating your education qualification and all the other necessary papers that your employer will seek from you.

In case you fail to respond back within the stated deadline, you will end up losing the candidature for the same.

Provided that you have reverted back to the offer letter with all the asked documents and have submitted the requisites successfully, the company will now proceed with your onboarding process by extending an appointment letter to you. It will show your salary breakup, along with all the other nitty-gritty details of your candidature.

The hiring process for an employer can slightly alter from the other one. However, the extension of the offer letter and that of an appointment letter post the acceptance of the former will still stay the same. 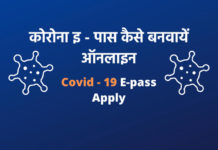